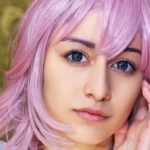 Oh Grandma what big, bright eyes you have!?…..

Or are these actually contacts…..? Because now that we think of it, the big bad wolf probably wore contacts lenses to disguise himself as poor little red riding hood’s unfortunate grandmother.

Use of contact lenses for both corrective and cosmetic purposes has been around for quite a few years now. The use of contact lenses has also been quite prevalent in the movie industry as well. Whenever we think about our all-time favorite movies or films, we can’t help think how utterly faultless the actors appear in the movies, and how perfect they seem for the role.

All of us have that one favorite actor that we feel plays every role perfectly. But talented and skillful as actors can be; the movie industry is a visual medium and brilliant acting alone is not enough to sustain the theatric illusion. That is why the movie industry relies strongly on talented makeup and special effects artists who use makeup, paint, silicon and specially designed lenses to make the characters appear as realistic and believable as possible. In the recent years. CGI (Computer Generated Imagery) has also been adding the “grab on to your seats” and “wow” factor to action movies.

With the help of CGI and make up it is truly mesmerizing what lengths of special effects can be achieved. Making the actors appear so perfectly believable in their roles. From talking apes, vampires and werewolves to robots and other fascinating transformations

The role of makeup artists in the film industry is so essentially crucial that in 1981 a new category for “best makeup” was added in the Oscars awards by the Academy of Motion Picture Arts and Sciences.

Michael Jackson’s icon transformation into “cat monster” in his revolutionary video song Thriller was achieved through using specialized contact lenses. Most films have known to have a designated special eye effects budget. The movie “Wolf” used a special type of lens. Optometrists worked for months designing and fitting lenses to custom fit the actors’ eyes; trying to make them appear as realistic and as convincing as possible. The movie required a wide variety and range of contact colors. It is reported that the optometrists were flown first class along with their assistants and equipment to the movie location and set. Some were asked to stay for the entire time period of the shoot, and made to reside in the best hotels. The contact colors that were most in use in Wolf were a combination of green, black, bright yellow and fluorescent green.

Vibrant and exciting contact colors always catches the audience eyes; the special effects and makeup of Sofia Boutella’s character “Jaylah” from Star Trek 2016 were all the rage within the fans. Jaylah’s gold colored contacts broke the internet. Aspiring makeup artists released videos on YouTube on how to perfectly recreate those golden eyes. Websites selling cosmetics and contact lenses cashed on this fad and increased their traffic by stating that they have “Jaylah Gold Contacts” in stock. One website sold a single hand-painted contact lens for $150 which mimicked Jaylah’s golden contact color.

But as exciting as contact lenses can be, it is not very thrilling to wear them. Actors have to endure quite a bit of pain and irritation in their eyes when they wear contact lenses. Assistants and optometrists have to be present on the set and help the actors put on these special lenses and put in necessary eye drops to avoid aggravation and redness of the eyes.

The contact colors and patterns that the actors wear in movies can appear to be quite mesmerizing and thrilling for the young fans who enthusiastically watch these movies. Awareness campaigns are on the rise for the education of the fact that contact lenses are primarily medical devices that require either proper prescription or doctor’s advice to wear. Without a doctors consultation and awareness about proper lens caring and maintenance procedure; the use of contact lenses can prove to be harmful to the eyes, resulting in infections, scarring of the eye tissue and in extreme cases; even blindness.

From an optometrist perspective; working in the movie industry can be quite a daunting and challenging job. They have to be present on the set for consecutive days in all types of conditions and situations. The optometrists have to ensure that all the lenses, glasses are properly taken care, cleaned, sterilized and stored. Any negligence can result in compromising the actor’s vision or worse cause health problems like eye infections. The optometrists have to make sure they have all the required contact colors and other related special effect equipment that might be required by the director. In addition to that it is also the optometrist’s job to ensure that the actors get timely drops in their eyes or lens changes when they are shooting with contact lenses.

As glamorous as it all sounds, the use of contact lenses is a serious task and requires proper caring and maintenance. Aspiring fans should not try out contacts without inquiring about the proper information first.