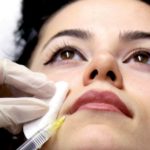 While nowadays plastic surgery is easy to access and very common, its history dates back to approximately 3000 BC. The Edwin Smith Papyrus is an Ancient Egyptian text that details the treatment of a broken nose with plastic repair. India was also a place where this type of surgery was taking place, in 800 BC. Translations made in 750AD into Arabic language of plastic surgery methods of physicians Sushruta and Charak made their way into Europe, where their contributions became somewhat widespread, being used in Sicily, Italy, by the Branca Family and by Gaspare Tagliacozzi. At around the 1st century BC, the Romans were able to perform surgeries in order to repair damaged ears, based on Greek texts.

Before anesthesia has been in use, surgeries that involved healthy tissues resulted in a great amount of pain. In order to reduce the risk of infection from surgery, sterile techniques have been introduced, as well as disinfectants. As a result of antibiotics being used (starting with penicillin and sulfonamide), the possibility of elective surgery was becoming greater.

Plastic surgery can be either reconstructive or cosmetic surgery. The reconstructive side is designed to correct impairments that have been caused by injuries, burns, etc. It is commonly used to improve function, but it is also done in order to approximate normal appearance. Reconstructive surgery is usually done to remove tumors and to repair scars or lacerations, its branches includes Pediatric Plastic Surgery and Craniofacial Surgery, among others.

Cosmetic surgery on the other hand is elective surgery, done by individuals who want to improve their appearance. According to studies, in the United States, close to 16 million procedures have been performed in 2014 alone. In the same year, 92% of procedures have been performed on women, which is an increase from the 88% in 2001. The most common procedures are liposuctions, breast reduction or augmentation, abdominoplasty, and eyelid surgery. Depending on the procedure, thorough research is recommended before undergoing cosmetic surgery. The details of the procedure and the risks involved should be known to the patient before the surgery, as it can dramatically alter the appearance.

Research done by The American Society of Plastic Surgeons reveled that in 2005, over 333,000 procedures were done on individuals that were 18 years old or younger, which is a dramatic increase from the 14,000 in 1996. While a large amount of patients that undergo plastic surgery are Caucasian, the procedures are becoming more and more popular with other African-Americans, Hispanic Americans, and Asian Americans as well.

The sector of cosmetic surgery has many branches and can offer everything from Laser Skin Rejuvenation to Rhinoplasty. Smartlipo jersey city nj, for example, is a form of liposuction – for patients who can’t lose weight in certain areas – that reduces tissue trauma, and eliminates post-anesthesia recovery.

Currently the second largest market for cosmetic surgery, Europe brings in business of $2.2 billion. Meanwhile, countries like China and India have turned into Asia’s biggest markets. This is a result of the increase in popularity of cosmetic procedures.