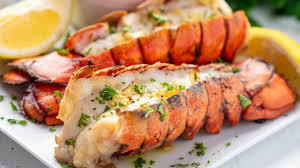 The Risks of Eating Smoked Salmon

Salmon is a nutritious, oily fish, but that doesn’t mean eating smoked salmon everyday is good for you. Both lox and cold smoked salmon are eaten uncooked, so they are among the foods that can cause food-borne illness.

A 3-ounce serving of smoked salmon is a good source of protein, with 15.5 grams, as well as rich in vitamin B12, with 2.8 micrograms. This size serving also contains 384 milligrams of the vital long-chain omega-3 fatty acids DHA and EPA. Recommendations for DHA and EPA vary; the Academy of Nutrition and Dietetics suggests consuming 500 milligrams of these combined fatty acids a day, while the Office of Disease Prevention and Health Promotion (ODPHP) say consuming about 8 ounces per week of a variety of seafood, provides an average consumption of 250 milligrams per day of EPA and DHA, which is associated with fewer cardiac deaths.

The oily nature of smoked salmon may make you think it is particularly likely to pile on the pounds, but USDA figures are quite reassuring in this respect. In fact, at 136 calories, a 3-ounce serving of salmon baked without fat has a higher calorie value than 3 ounces of smoked salmon (100 calories).

According to the American Heart Foundation, salmon is one of the types of fish that is lower in mercury. One of the big downsides of smoked salmon however, is that the sodium content is high, at 573 milligrams per 3 ounce serving. The FDA says you should only eat 2,300 milligrams of sodium total per day because too much is associated with an increased risk of high blood pressure.

Whether smoked salmon and lox have the same cancer risks of smoked, cured and salted red meats hasn’t been much addressed. However, the World Cancer Research Fund includes salted and dried fish traditionally eaten in East Asia in its definition of “foods preserved by salting,” which have been linked with “probable strong evidence” to stomach cancer.

An October 2018 study in the Journal of Chemistry found that very few cold-smoked salmon samples had detectable levels of potentially carcinogenic polycyclic aromatic hydrocarbons (PAHs). Hot smoked salmon — where the smoking temperature is higher and the fish ends up with a flaky baked texture ­ — was more likely to contain them, as were smaller smoked fish like smoked herring.

The Mayo Clinic says that cold smoked salmon and lox can be contaminated by Listeria bacteria, which can cause very serious illness in some people. Those at risk of succumbing to a listeria infection include pregnant women and people with a weakened immune system, such as those undergoing treatment for cancer. The Mayo Clinic warns that people in either of these categories should avoid refrigerated smoked seafood unless cooked in a casserole or other hot dish.